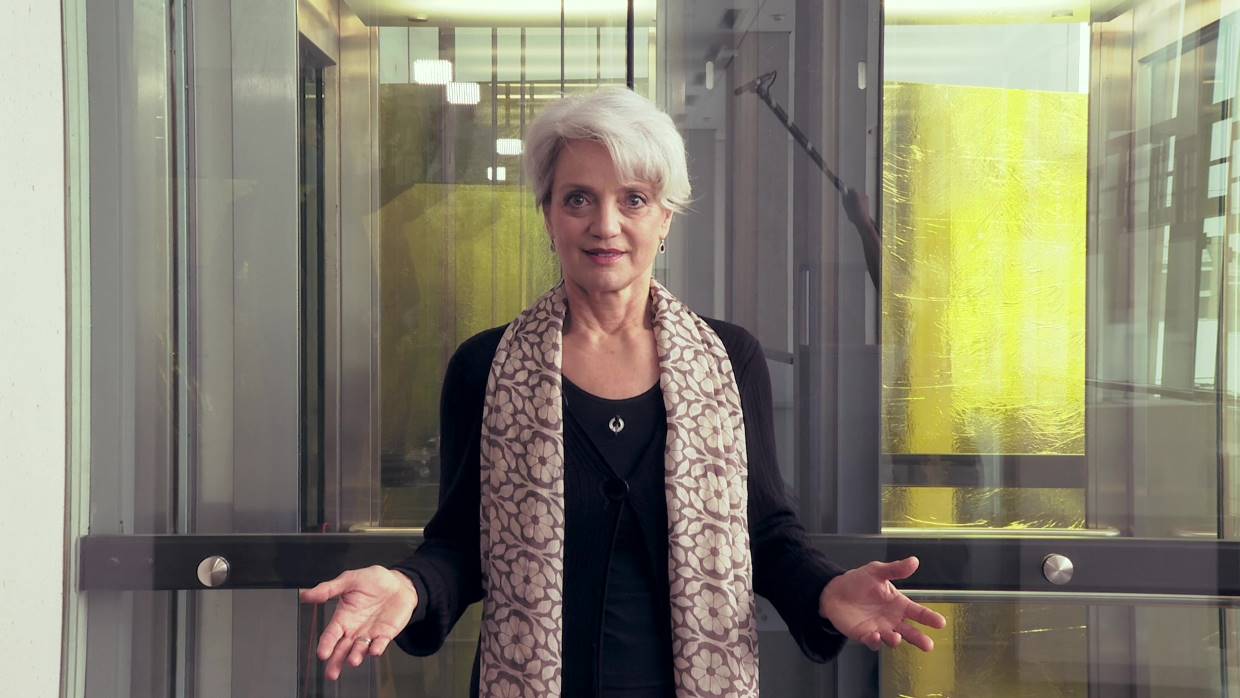 MORE DRAMA - A series for digital teaching. Filled with compact knowledge about productions at the Nuremberg State Theatre. Matched to topics in the curriculum, exciting topics about theatre come into the digital classroom!

William Shakespeare is the magician of theatre. His works though, comprise not only wonderful plays, but also equally fascinating poetry. In his sonnets just like in his plays, you encounter drama big and small, sweet love and wild passion, fear, deceit, fatal attraction, darkness and light. Shakespeare took his inspiration from life and worked it into his sonnets. Sometimes, in reading one of them, it is as if characters from his plays appear in the corner of your vision. In this performed lecture in 7 parts, the sonnets are the centre around which we play with the facts and rumours that have come down to us. Adeline Schebesch researched and wrote this series. Walking you through our near empty theatre and into the backstage area, you hear and see some of the sonnets performed and you encounter historical events and stories from a time when the famous theatres of Elizabethan London, too, had to close their gates due to a devastating pandemic, the plague. “If music be the food of love, play on; give me excess of it …” are the famous opening lines from Twelfth Night. We will comply and together with musician and composer Vera Mohrs we invite you into the realm of sounds and music around the sonnets.

I first came across William Shakespeare in school. His so-called Scottish Play, Macbeth, was on the curriculum. I did not understand everything back then, but I was enthralled and wanted to know more, read more. The more I read the more fascinated I became. I have been hooked on Shakespeare ever since. Since I have become a professional actress I work with Shakespeare’s plays time and again - he is probably the world’s best known playwright. Then I discovered his equally fascinating poetry. Last year I happened over an old script of mine, an evening with Shakespeare’s sonnets. All of a sudden I realized that the situation he had to face when he started on his sonnets is almost identical with the problems we have to face today: Then and now societies are in the grip of a great pandemic as well as social and political problems on many levels.

His sonnets tell us of love and grief, happiness and fear, they are minute stories of encounters, of losses and reunions. On the one hand, they are and will remain riddles and yet he talks to us, tells us something about the adventures of a poet, actor and playwright in the time of Elizabeth I.

Musician and composer Vera Mohrs has joined me first and then other colleagues from the artistic and technical departments have now combined to give you the sonnets and their background as pocket stories of Mr. W. S. in a 7-part lecture performance series.

contact: theaterpaedagogik@staatstheater-nuernberg.de
Back to the startpage of MEHR DRAMA.